Contact Us
603.286.8901
Info@SpauldingServices.org
Stay in the Know
Campus Location

Roger Bolduc – So Much More Than IT 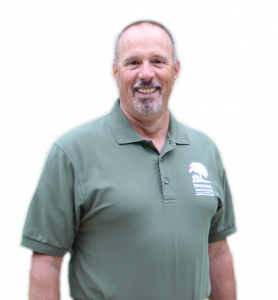 It wasn’t until Roger Bolduc began his journey at Spaulding Youth Center that he realized being an IT professional could mean more than what meets the eye. Sure, network security is extremely important in an organization; but what drew Roger to Spaulding was much more than the technical work. For him, improving the facility for staff and students – the heart of the organization – was the key to a successful organization.

Roger brings a wide variety of experience to campus. He spent five years as an IT Support Specialist for another healthcare organization located in Concord, New Hampshire. Prior to that, Roger retired from the US Air Force where he was a draftsman, surveyor, oversaw military construction, was a medic, and performed aircraft avionics maintenance. Immediately after military retirement in 1995, Roger worked as a logistics manager and was part of the Planning Department in local government. When he assumed the role as IT Director at Spaulding in 2010, he began working immediately to make the department more focused on customer service. Roger pioneered the updates in network security, physical assets and education of staff, all as the foundation of the new and improved IT department.

About four years into a successful evolution of the IT department, a conversation with a Spaulding board member led to a new opportunity to mentor the facilities director. Among other things, the facilities department needed an online work order system to streamline the work order request process and improve daily operations. As part of this new era, the facilities department also needed to establish trust within the department and across campus. Turns out, Roger was just what they needed. Within months, a new position was created for Roger titled Support Services Director which would oversee IT, Facilities and Grounds and Food Services.

Since these support services overarch the many programs on our sprawling campus, they became the role model of communication between departments. Due to Roger’s dedication and leadership, all three departments work together as a team and help each other reach success. This positive shift in organizational culture within his departments has inspired many to not only communicate but collaborate to improve campus operations. Roger believes this collaboration continues to bring great success to Spaulding, since staff are working together toward the same goals and striving for what is best for the students.

How many people do you know that love what they do? You can feel confident adding Roger to your list. He is excited to come to work every day and enjoys the fast pace and ever-changing atmosphere of his job. Roger especially loves engaging with the students, whether it be participating in Field Day activities or simply giving a child a high five. He wants to be known as more than just the “IT guy” on campus. We are proud to say that Roger means so much more to Spaulding Youth Center and we are grateful to have him as part of our team.